We were going to be travelling to the Capital via dirigible. In spite of my heavy-heartedness at having to leave my home at such a crucial juncture, I couldn’t help the excitement that welled up at the prospect of a week-long flight atop the pinnacle of magical technology. Dirigibles, the true rulers of the skies.

I’ll confess, I’m a bit of an aircraft aficionado and any bit of magitech aimed at enabling flight for those of us unfortunate enough to be born wingless or without a mastery over the Aspects of Wind or Gravity is really attractive to me. I have a thick stack of sketches I drew of gliders, biplanes and, of course, dirigibles stuffed in a box somewhere.

If I hadn’t been so distraught at father’s departure for military service, I would have been gushing over my first view of a dirigible outside of a textbook.

One of the reasons I was able to master Wind so fast, apart from father’s notes and guidance… and multiple life-threatening encounters… was because mastery would allow flight. It was a great motivator.

The first time I flew, fighting a giant flaming fox as I was, I wasn’t really in a mood to appreciate the wonders of flight. And even after that, the peculiarity of my form of Wind mastery – the Void – meant that any sense of wonder and excitement I felt while flying was drawn away into the bottomless pit of the Void.

It sucked all the joy out of flying, literally.

So, a week aboard a dirigible as a passenger was quite an exciting prospect for me. Especially the largest dirigible in the Regiis fleet – the Cloud Whale.

Okay, they could have done a better job of naming it. I mean, it’s all fine and dandy that it’s large and swims in the sea of clouds… but… but Cloud Whale? Seriously?

Haah… poor naming aside, the craft was an absolute masterpiece, a marvel of magical engineering that beggared belief. It had one purpose and one purpose only – transporting armies swiftly from one corner of the Empire to another during emergencies. It had enough space to house an entire Battalion – a full thousand battle mages.

To put that in context and convey how amazing it was, in all of Regiis, there were less than a thousand mages at Tier 4 or above… so, if the Cloud Whale only carried the elite of Regiis, we could migrate the entirety of our high-level national strength in one mobile fortress.

With that kind of power, we could annihilate any sort of conventional army. There was a reason no war involving Regiis had lasted more than two weeks after the invention of dirigibles. Two weeks was the time it took to travel from one end of Regiis to another.

As I waited near Boris lake for the Cloud Whale to arrive carrying our reinforcements (we had requisitioned the lake as the airship’s landing ground and cordoned off the surrounding area for the delegates to exit and gather) I tried to imagine the scenario.

The flames of war ignite in one corner of Regiis. Klaxons blare and news travels from communication tower to communication tower like lightning leaping from one thundercloud to another. Dirigibles set out from all military bases, converging at the Capital like a school of fish swimming through the sea of cloud.

A week has passed.

A behemoth is awakened, the Cloud Whale sets out carrying the Empire’s elite and it arrives at the battlefield. Fire and brimstone rains down from the skies upon the enemies. Lightning connects heaven and earth without a cloud in sight. Hailstones the size of human heads break bones and shatter morale. Until all that is left of the enemy is kneeling captives quailing under the might of Regiis. The sun finally sets on the final day of the second week since the war began.

Two weeks… only fourteen days from start to finish.

I was jolted out of my daydreams by the screams of the crowd that had gathered to witness the arrival of the Cloud Whale. Following their pointing hands, I saw the majestic form of the dirigible’s prow parting the cloud layer as it began its descent towards the surface of the lake.

The dirigible was in its basis a massive ship supported by two zeppelins, one on either side. The ship, according to the literature I had read, was made from a magical variant of balsa grown in a region with rich earth mana in a special wind topology that made the ordinarily fragile wood hard as steel while retaining its feather-light properties. I had read a book that claimed that the natural grain of the wood itself spelt out ‘flight’ in the runic alphabet, drawing in the support of the ambient wind mana to keep itself afloat. The wood was a dark shade of mahogany, seeming almost black as it flew towards us with the sun at its back.

The zeppelins gleamed silver where the sunlight glinted off them. Made from the skin of specially cultivated sharks – the runic traces on the leather favouring both wind and water – the zeppelins were exceptionally light, flexible and heat resistant at the same time. The last property was extremely important as they had to contain heated air for days, even weeks on end in order to keep the dirigible aloft.

I could see jets of flame rising up to heat the air in the zeppelins, jetting from the gleaming metallic pipes connected to rooms in the ship where the fire mages took turns. Huge sails billowed out as the wind mages manipulated wind into them to drive the airship forward.

From a tiny dark dot on the horizon, the Cloud Whale expanded in our sights into all its expansive glory. I kept my eyes locked on it as it approached, drinking in every detail. The audience ooh’d and aah’d as the hulking vessel docked on the surface of the lake with deceptive grace – barely a ripple spreading out on the calm surface of the water.

As the sailors took down the sails and deflated the zeppelins, the delegation began filing off the ship, walking down a wooden ramp that reached the bank of the lake.

I wasn’t really paying much attention to them, focused as I was on the Cloud Whale, but suddenly, my passive mana senses picked up an anomaly and I turned towards it.

It was a woman, a woman of transcendent beauty walking down the ramp. It wasn’t her beauty that attracted my attention though… it was the behaviour of the mana around her. It wasn’t like she was radiating an aura of power like the Tier 5 earth mage in front of her – General Kron, I presumed. No. It was quite the opposite. My mana senses that could spy upon even a Tier 5 couldn’t get a single reading off her. It was as though she was an average person – something clearly impossible. And then there was the ambient water mana.

It sang. A song of joy at the arrival of their queen.

Sensing something, the woman turned my way. Her fathomless blue eyes met mine and my senses were overwhelmed by the illusion of a sea that stretched from horizon to horizon.

A calm sea that mirrored the firmament in the day and the starry skies at night.

A violent sea with angry waves that towered up into the air, blotting out the heavens.

The Demigod of the Waves: Isabella Chromis. 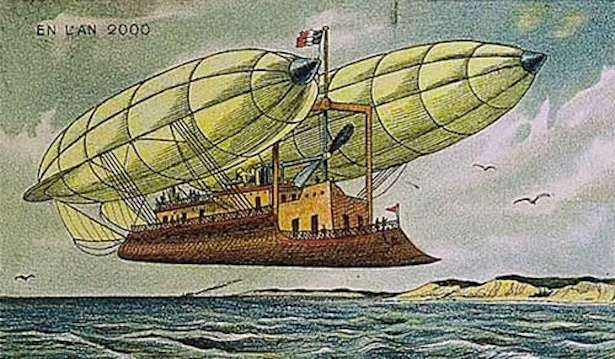 If you like my writing, try out my other fic – https://www.royalroad.com/fiction/18271/dungeon-mage